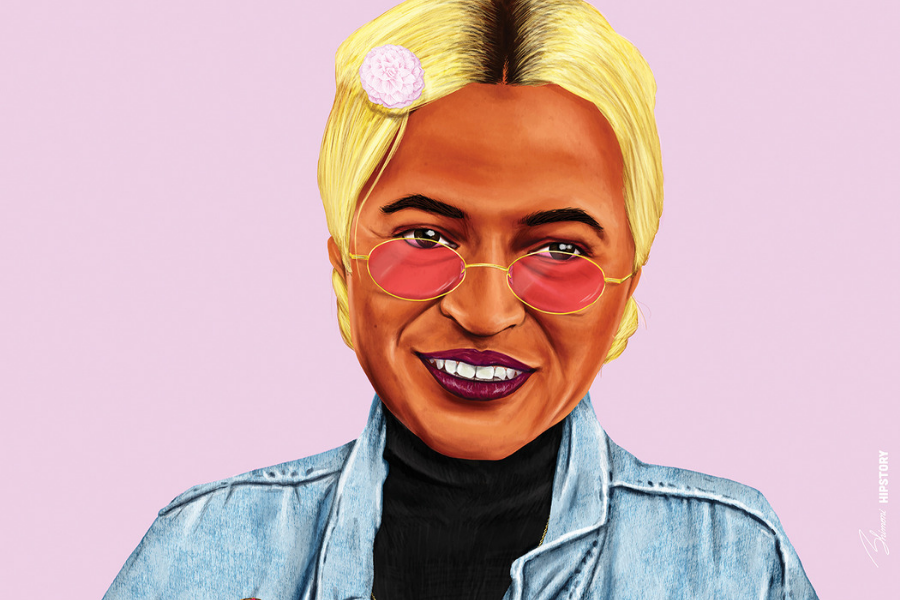 Empowered women empower women. Find out how to incorporate these inspiring women into your home!

One of the biggest box office hits of 2017 was none other than Gal Gadot in Wonder Woman. This movie not only featured a strong female lead, but was also directed by Patty Jenkins who became the first woman to direct a superhero movie with a female protagonist. Gal trained for six hours a day for six months and gained 17 pounds of muscle. She even did all of her re-shoots while five months pregnant with her second child! Wonder Woman flips the script on traditional gender roles and takes the “damsel in distress” story line out and replaces it with a powerful woman in charge, teaching little girls everywhere that they too are strong, powerful and can “fight like a girl.”

Naomi Parker Fraley, better known as Rosie the Riveter, is a cultural icon of World War II. Her iconic “We Can Do It” propaganda poster was–and still is–the biggest symbol of strong women in the workforce. While the men were at war, women worked in a variety of fields that were previously closed to them. More than 310,000 women worked in the U.S. aircraftindustry in 1943–making up 65% of the industry’s total workforce. By 1945 nearly one out of every four married women worked outside the home. Rosie became one of the most successful recruitment tools in American history. After the war the “Rosies” and the generations that followed knew that there were no limits for the jobs women could take on. This iconic image of Rosie has crossed many generations and is still used today as a symbol for women’s strength and value in the workforce.

Maybe one of the most notable female artists, Frida Kahlo, is not only recognized for her work as an artist, but also as an icon for the Chicano Movement, feminism, and LGBTQ rights. Frida’s works deal with themes ranging from conception, pregnancy, abortion and gender roles in a frank and open manner. These subjects that had not been expressed or talked about openly in society before, especially not by a woman. Frida’s infamous unibrow also served as a symbol of female and cultural empowerment. Although it went against the traditional European beauty standards, Frida refused to get rid of her unibrow and challenged the world to “take me as I am.” In 1953, one year before her death, she received her first solo exhibition in Mexico. Even though she was bed-ridden, she arrived by ambulance and spent the entire evening talking to the attendees from her bed. After her death, the feminist movement of the 1970s led to a renewed interest in her life and work, making her one of the most famous icons for female creativity today.

Princess Diana was not only one of the most adored members of the British royal family, but was also a known for her global humanitarian efforts. She was a trailblazer for the Monarchy and what it meant to be “Princess.” She spoke openly about mental health and her own battle with bulimia, with the hopes of making the topic less taboo to talk about. Her honesty on these topics is one of the reasons her sons and daughters in-law work with mental health organizations today. She was very open about her life; she didn’t hide her marital struggles to the world and was honest with the public. She was the first member of the Royal Family to crouch down to speak with children at their eye level, which is a practice that’s upheld by her daughters in-law today. In 1987, as part of her globalhumanitarian efforts, a time when HIV and AIDS was misunderstood, Diana shook hands with an HIV positive patient and even visited Brazilian AIDS orphans. Princess Diana was and still is considered the “Princess of the People.” While she was often met with criticism from the Royal Family on the way she did things, she never faltered. She taught women of her generation to go for it all, and to do it on their terms.

Rosa Parks became one of the most iconic figures of the Civil Rights movement with her refusal to give up her bus seat to a white man. This action spurred the 381-day Montgomery Bus Boycott that helped start nationwide efforts in ending segregation of public facilities. The Montgomery Bus Boycott was one of the most successful mass movements against racial inequality. Rosa not only impacted the Civil Rights movement, but she became a feminist hero as well. As a member of the NAACP, she worked in her community to protect and defend African-American women against sexual assault and later served on the board of Planned Parenthood. Rosa’s bravery and tenacity ignited an entire movement behind her, resulting in nationwide change to our country.